Working group indicates private market could take over, except perhaps for NBCR

By Arthur D. Postal | October 08, 2006 at 08:00 PM | The original version of this story was published on National Underwriter Property & Casualty
X

While insurers have made some gains in learning to model and price terrorism risks, underwriting extreme attacks remains problematic, according to a controversial report released last week by the President’s Working Group on Financial Markets–which failed to endorse extension of the government’s terrorism reinsurance program beyond next year.

The findings had been expected by the industry, although the report “is not as harsh or ideological as we thought it might be,” said Joel Wood, senior vice president of government affairs at the Council of Insurance Agents and Brokers. 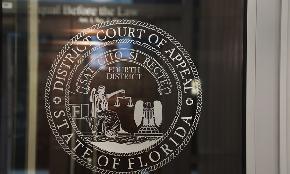 An expectation of privacy does not apply to insurers going into a policyholder's home to inspect or appraise a property, finds the court.