After almost every major disaster, the government and media proclaimed that these were the "worst disasters America has ever suffered."

After almost every major disaster (the Mississippi flood of 1927 that killed over 1,000 people, the dust bowl of the 30s, world wars, the World Trade Center collapse, and the 2005 hurricanes), the government and media proclaimed that these were the “worst disasters America has ever suffered.” Certainly many were, in terms of loss of lives or monetary costs, the most expensive. But these were not necessarily the only “worst” American disasters. Another occurred 100 years ago in April of 1906. Responses to that disaster paralleled what happened after Katrina — some in a much superior way, and in other ways, a bit more frighteningly.

It was, to quote Charles Dickens, “the best of times; it was the worst of times.” Republicans held both the White House and Congress. The Army occupied a foreign nation it had acquired in war, but military efficiency was not necessarily evident in the officers who had become heroes in that war. Industrial moguls lobbied for the laws that would make their corporations richer, and illegal immigrants swamped the city. There were the very rich and the very poor, with not many in between. The nation’s economy was becoming quite global, especially with a new open-door policy toward China.

If you aren’t always searching for new ways to cut costs, you won’t be maximizing your business’s potential in the market. 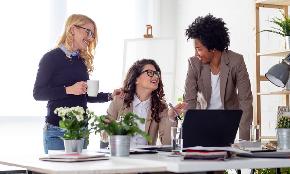 Rolling out return-to office-plans? What to consider before making it a mandate

Here are some actions that organizations could take to smooth the transition to a new normal of mixed remote, hybrid and non-remote working.