A resolution in the Ohio House of Representatives calling for the state's congressional representatives to oppose federal legislation that would regulate insurance has been ...

A resolution in the Ohio House of Representatives calling for the state’s congressional representatives to oppose federal legislation that would regulate insurance has been dropped.

The office of Ohio Rep. Geoff Smith, R-Columbus, confirmed Tuesday that the bill, House Concurrent Resolution 15, would not be brought to the state House floor. The decision was made after a meeting Monday between Mr. Smith and Congressman Mike Oxley, R-Ohio, the chairman of the House Financial Services Committee and one of the authors of the State Modernization and Regulatory Transparency Act.

Increased natural-disaster severity has many outside of insurance asking whether or not some communities should be uninsurable. 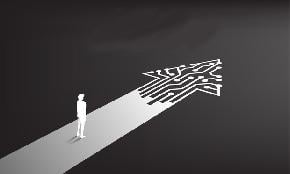